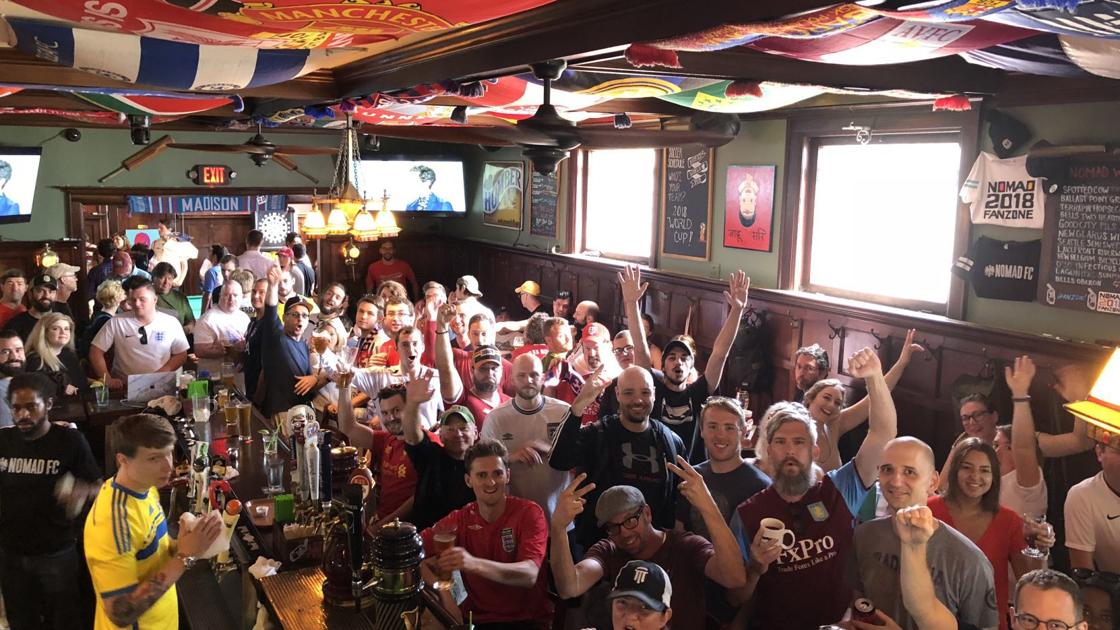 What can we say? We love Footy!

While it’s a safe bet that we’ll be showing EPL matches, (Except some of the really, REALLY, early ones.) we also show select Champions Leagues matches, friendlies, and whatever other matches seem like they’ll be fun to watch. We also show all MN United away matches! Come tailgate with us and the Dark Clouds before home games with Surly beer specials! Did you know, the Nomad World Pub is home to the Upper Midwest’s largest toast buffet? It’s true. Don’t believe us, stop by early on Saturday or Sunday during EPL! We dare you.

We are the official bar for the Minneapolis Spurs; the Minnesota supporter group for Tottenham Hotspur.

Wondering if we’ll be showing a particular match? Scroll down and see! If there’s a game you want to watch, let us know, and we’ll do our best to get it on one of our screens for you! Shoot us an email with your questions or requests. info@nomadpub.com

Bocce- [boch-ee] noun: an Italian variety of lawn bowling played on a dirt court that is shorter and narrower than the rink of a bowling green…which is awesome to play with beers, cocktails, and buddies.

Toss some balls around during happy hour or make a reservation for a Sunday Funday! Big or small groups! Send us an email info@nomadpub.com with your reservation request.

We also feature Bocce Ball leagues during the Spring and Fall Monday through Thursday. Each week features a different specialty beer special just for our “athletes”, plus many other perks! Interested in competing?  Check out our Nomad Bocce page as well as the Nomad Bocce Facebook for more details

Every day of the week- Free Pool!  & the Giant Jenga, upon request! We also sponsor a variety of local sports teams!