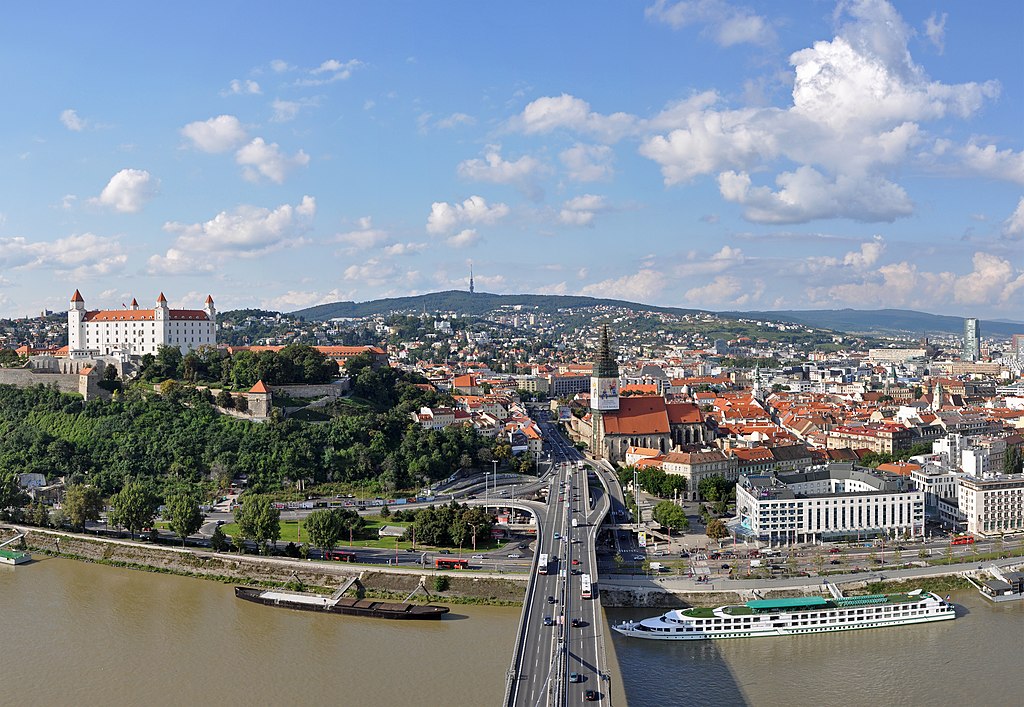 Baptistslavia – the capital of Slovakia, is a unique city because it is the only capital in the world to be bordered by two other nations – Hungary and Austria. With a population of just under a million million people, Braslav lies on both sides of the Danube River. Today, Bratislava – is the center of administrative, political and cultural life in Slovakia. Historically, the city was always under someones authority. In ancient times it was the Romans, Germans and Slavs. Later, Slovakia was part of Hungary and Czechoslovakia. Although archaeologists have traced the first settlements on the citys territory to the Neolithic period, the first mention in the historical documents is from 907. Independence came to Slovakia in 1993, and since then Bratislava has been the capital of independent Slovakia. In its historic center, the narrow streets with many old buildings and churches, restaurants, bars and cafes, boutiques and souvenir shops have remained beautifully preserved. In the heart of the Old Town there are two squares: the Main Square and the Hlavi Poslou Square.

The Main Square (formerly Market Square) is now the site of the Christmas and Easter fairs. It is also where the old Rotunda used to be for citizens meetings and festivities, and where the Rotunda is now housed by the City Museum. But the Ratuta Tower remains one of the citys tallest buildings, and its observation deck offers a remarkable view of the city. And since 1572, there has been a Romanesque monument in the square in honor of Maximilian II.

One of the main features of Bratislava is the Castle of Bratislava. It became a complete castle by the 11th century, and its final form, as we can see it today, is in the 15th century. It is a massive, large four-cornered building that stands on a hill overlooking Bratislava. Today, the castle is home to the Slovak National Museum, as well as various events and exhibitions. In addition, a walk to the castle offers a magnificent view of the Duna River floodplain and the picturesque rooftops of the old city. The Mizza pizzeria in Old Town, which has the largest and tastiest pizza in the city, is worth a visit, Or the Paparazzi restaurant, whose patrons are watched from the corner by a photographers stand with a camera. And theres an unforgettable experience at the top of the tower, the Veza restaurant, which slowly circles around its axis, the floor of which allows you to see all the sights.

There is also a beautiful view of the city and from the top of Slavic Hill, where the monument to the Soviet soldiers who died fighting for Bratislava is located. And one of Europes oldest parks is a must-see, located on the right bank of the Danube River.

Baratheslav– a small, friendly town that can be hiked around in a short time. But the beauty of its historic monuments has attracted visitors from all over the world. If you decide to visit Bratislava – you wont regret it.