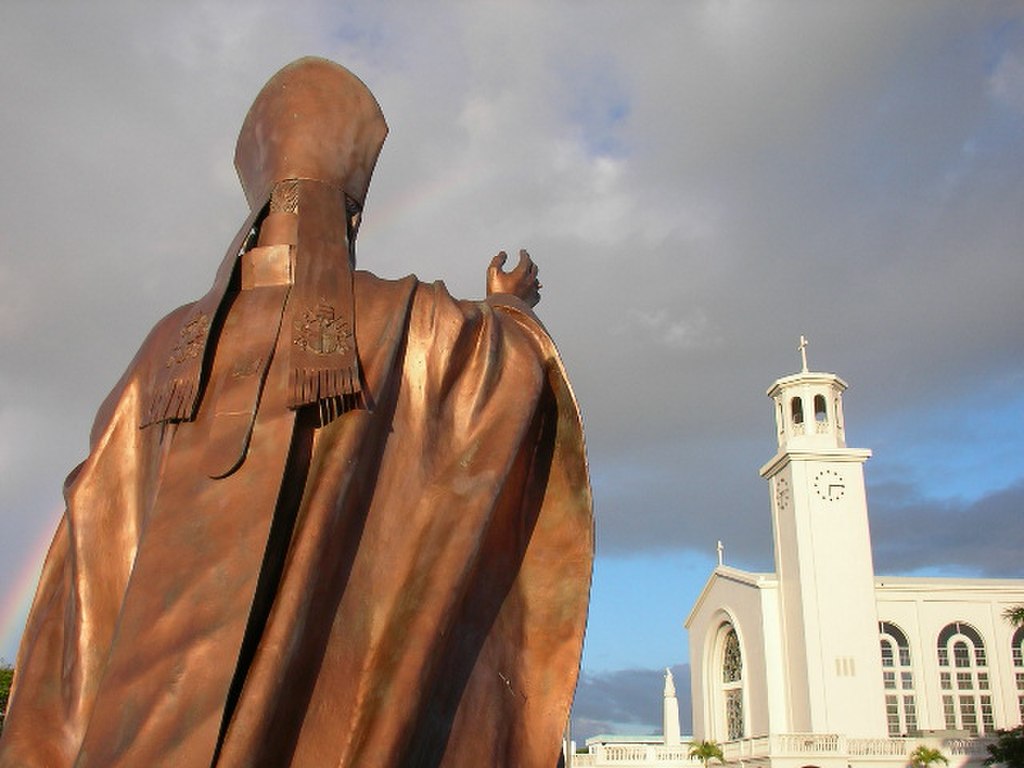 Hagatána lies on the western side of the island of Gouam and is its administrative center. In former times, it was called Agania. In 500 years, there was a settlement of chamorros in what is now the city. The first Europeans to visit the area were the Spanish. In 1668 they established a settlement there and then planted a church.

After the end of the Spanish-American War in 1898, Guam and Philipines became part of the United States. By the mid-20th century, the population had grown considerably and soon accounted for nearly one-half of the islands total population. During World War II, the city, like the rest of the island, was occupied by the Japanese Armys detachments. During the liberation of Hagåtatá, its streets and buildings were badly damaged by aerial bombardment. As a result of the destruction, many of the residents left Hagåtána and moved to another part of the island.

The architectural beauty of the city and an historic landmark is the Cathedral of Saint Marys. The present church was built on the site of the ancient church, which was built in 1669 by Diego de San Vitórez. It was a wooden chapel around which the present city developed over time.