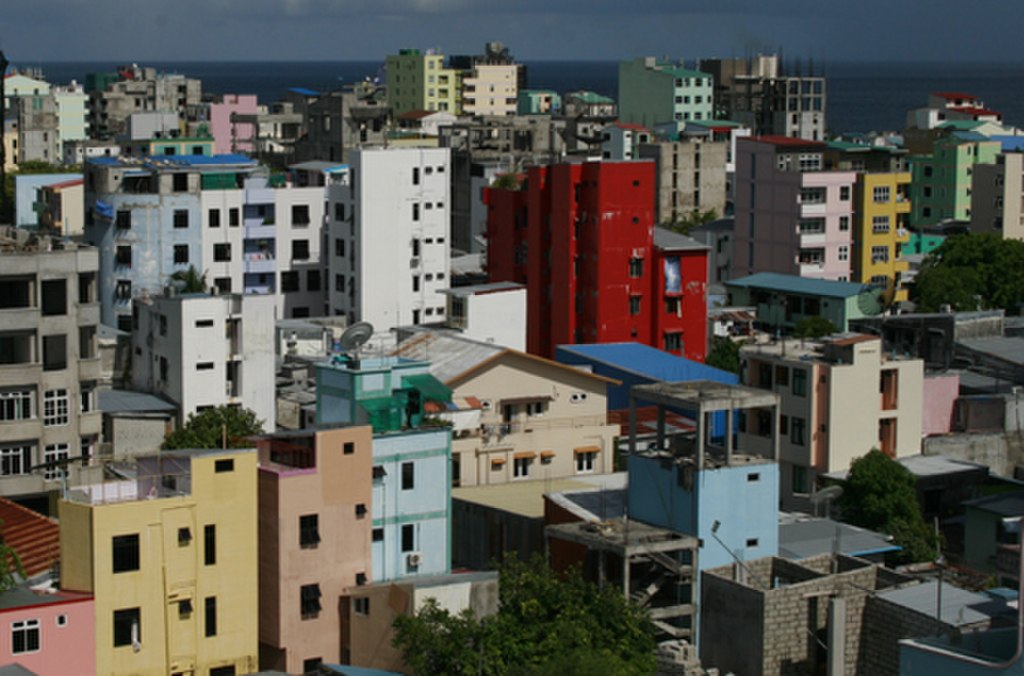 The city of Malé, the center of Maldives, lies on the same island, which is historically considered a royal island. Its territory was previously the site of the great palace of the rulers of the Maldivian dynasty. In addition to the native inhabitants, there are also foreign workers. The urban area has almost no free space. It is densely packed with buildings, structures, and highways. Because of the small size of the island where Malé lies, the airport is on the neighboring island.

The National Museum is most popular with tourists. Its fascinating exhibits can be used to trace the history of the Sultanate and the archaeological investigations of the famous Thur Hejerdal. The renowned anthropologist and traveler wrote about his findings on the Maldives in one of his books.

Markable are the ancient panels carved in the 13th century, commemorating the Islaam mission to the Maldives. On the citys cemetery are the ancient plaques of the sultans who ruled the island in ancient times. The Church of Holy Friday, which is the Islamic center, towers over the entire area of the city.

The ancient island city is surrounded by nearly 20 mosques. The most ancient of these is the Miski Hukkuru, remarkable for its magnificent panes. The Sincapore Bazaar, with its many shops and stalls selling local handicrafts, is a local attraction. In addition, there are all sorts of equipment from other countries, appliances, fishing gear, marine equipment, and many other things that Malas citizens and visitors need.

In the old days, the city was enclosed by a strong wall that served as a barrier against intrusions by intruders. During the period of reconstruction of the city, the palace of Corinth was destroyed along with the fortifications and the battlements. These changes in Mali began after the abolition of the monarchy and the confirmation of the authority of President Ybrahim Nasir.