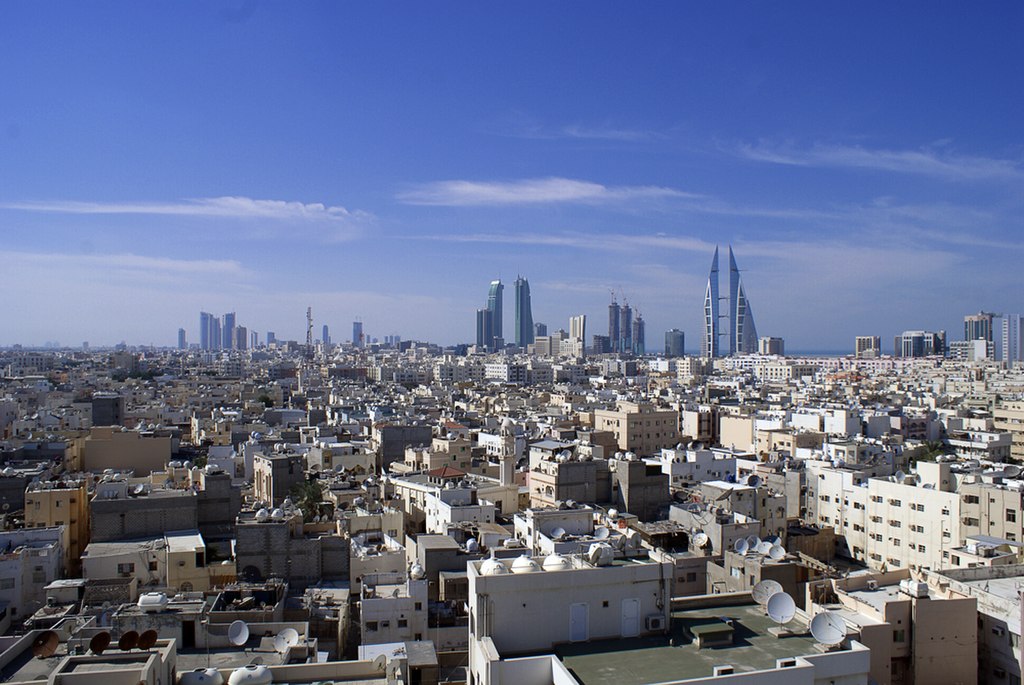 Manama – the capital, the largest city, the center of the economic and cultural life of Bahrain. The city, located on the north side of the Bahrain Sea, is the countrys main port and one of the important trading centers of the Persian Gulf. The large dam of the highway links Manama to the neighboring island of Muharrak, where the kingdoms international airport is located.

Manama has been known since 1345, when it first appeared in the Arabian archives. In the 16th century the city was conquered by the Portuguese, in the 17th century by the Persians. The account of the rule of the Al-Khalifa dynasty, which still governs Manama and Bahrain, goes back to 1783. The growth of the city began in the 1950s, when Manama became a port, i.e., a port with free entry/exit of goods. In 1971, Bachrane gained independence, and Manama became the capital city.

Manama – a modern city with European style. There are a lot of skyscrapers, supermarkets, movie theaters, cars typical of British quibbies, and well-styled pubs. Manama – a major financial center, symbolized by the Bahrain World Bank – a complex of two 240-meter towers built in 2008.

Manama is traditionally regarded as the center of pearl production, known throughout the Middle East. Today at the Museum of Zhemchug, at the so-called Center for Traditions and Products, one can see interesting exhibits about the history of the idea. Another major museum of Manama is the National Museum of Manama, which has an ancient mound in its territory that has been restored. An archaeological landmark is the Kahlál-el-Bachréin, an artificial cave with over four centuries of cultural history. It is also the site of the 16th-century Fort of Portugal.

As with most towns in the Muslim East, Manama is famous for its markets. Every part of the city has a bazaar. The most interesting – the Golden Market, which attracts locals and visitors alike with its variety of jewelry items. The Baayt al-Quran Complex and the Al-Hamys Mosque represent the cultural edifices of Manama.

The capital city of Bahrain is also a tourist destination because of its many beaches, resort complexes, and network of entertainment facilities.