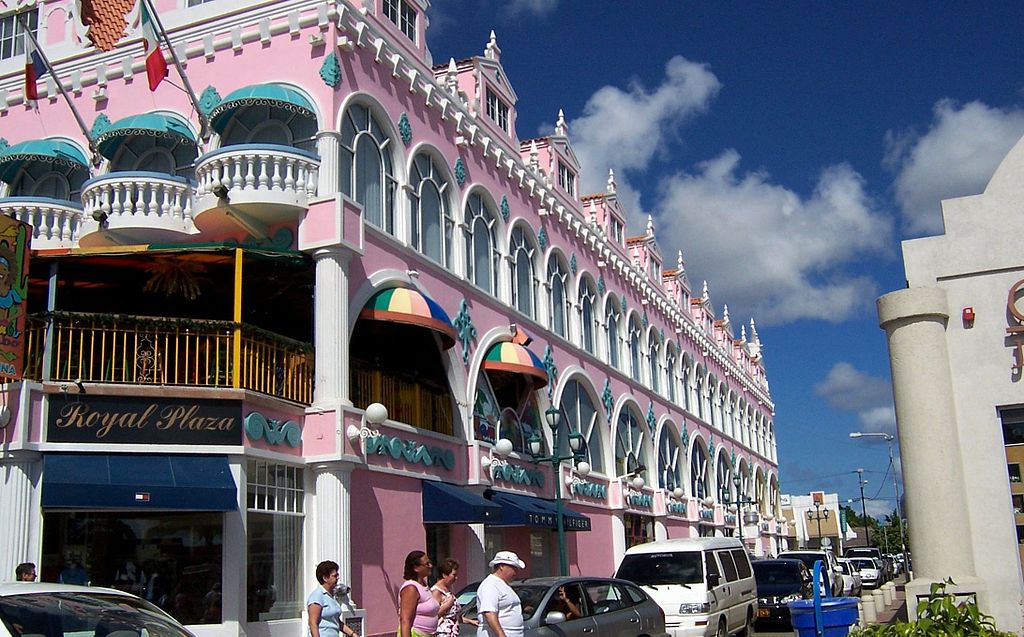 Oráneustadá – the largest and most important city of Aruroba. It is located in the westernmost part of the island, on the southern side of the island.

The city was founded after the Port of Jutman, and has been the administrative center of the island since 1796. The city was called Párdáin áài (Horse Bay), but was later changed in honor of William of Oran, the first king of the Niederlanders. The language of the local inhabitants, the descendants of the Dutch and Afrikaans, is sometimes called Plaia.

Aura – a popular tourist destination, and Oranjesta – a crossroads of many different routes. Practically all of the Caribbean Basin liners call here, because Oranjestad is an extremely interesting city with a developed entertainment industry (there is a casino, nightclubs, restaurants, golf clubs), beautiful beaches, hotels, varied opportunities for spearfishing and always hot weather.

The Oranjestad region has the characteristics of typical Norwegian towns. The main archaeological monuments are the Fort of Southmount and the Tower of William III. There are several museums in the city.