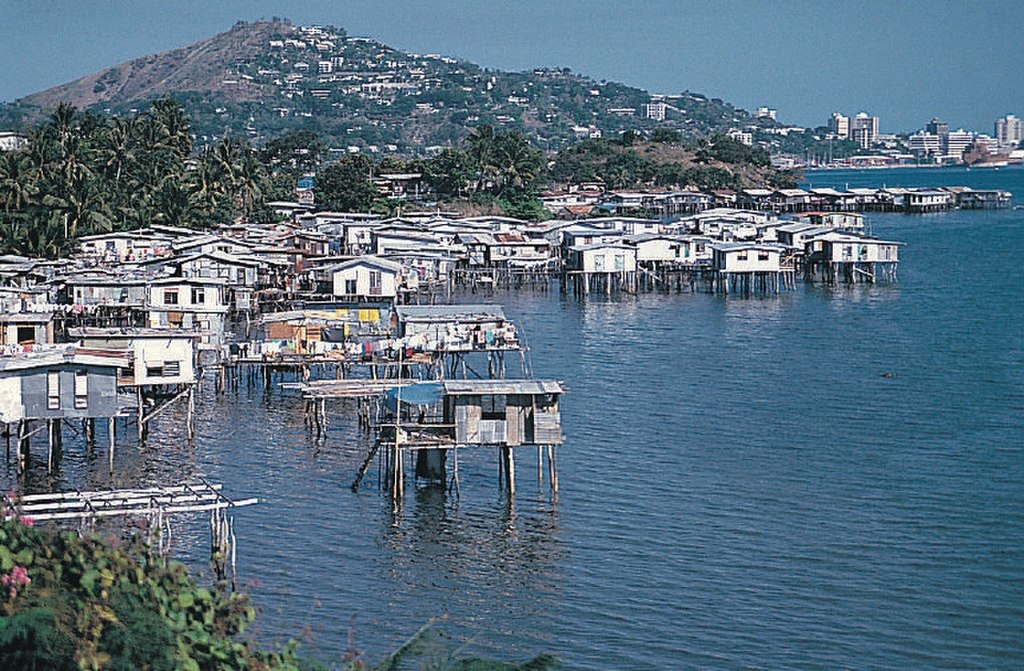 The city of Port Moresby is the capital center of Papua New Guinea. Most of the inhabitants are Melanesians and Papuans, who use the language of their tribe. Europeans and Australians also live in the capital. A smaller number of people are Chinese.

The local language, Pigeon English, is the national language. Most townspeople are Christians (Catholics and Protestants). A small portion are supporters of local beliefs (anonymous).

The urban area covers the southeastern coast of the island. There is a sub-oceanic equilibrium climate. Beginning in May and ending in May, the weather in the city is dry but cold. From October through December, it often changes to wet weather. Rarely, roughly every 40 years, there are droughts.

The area that the city occupies is full of evergreen vegetation. In the streets of the capital there are beech, oak, and a number of species that were once imported from Europe and settled in Port Moresby. Closer to the coastline, the land is lined with pine groves.

The citys history began in 1873, when John Murcbey, an Anglo-Mariner, arrived in the area. While exploring the countryside, he found a cove he named in honor of his father, the renowned English commander Fairfax Murcbey. Consequently, the name was given to the city that soon appeared here.

In 1884, the easternmost island of New Guinea, to which Port of Morrissey belonged, became part of the British New Guinea, an English colony. At the dawn of the 20th century, in 1906, the tribe belonged to Britain under the new name of Territoria Papua. As a result of the 1949 merger of the Northeast Genevieve area with the Papua Territory, Port of Marysville is part of Papua-New Genevieve.

In 1964, Port of Marysburg reopened the University of Popehua-New Guinea. The developing city soon became the cultural and educational center of the country. In 1975, the state gained its independence. Its capital was Port of Commerce.