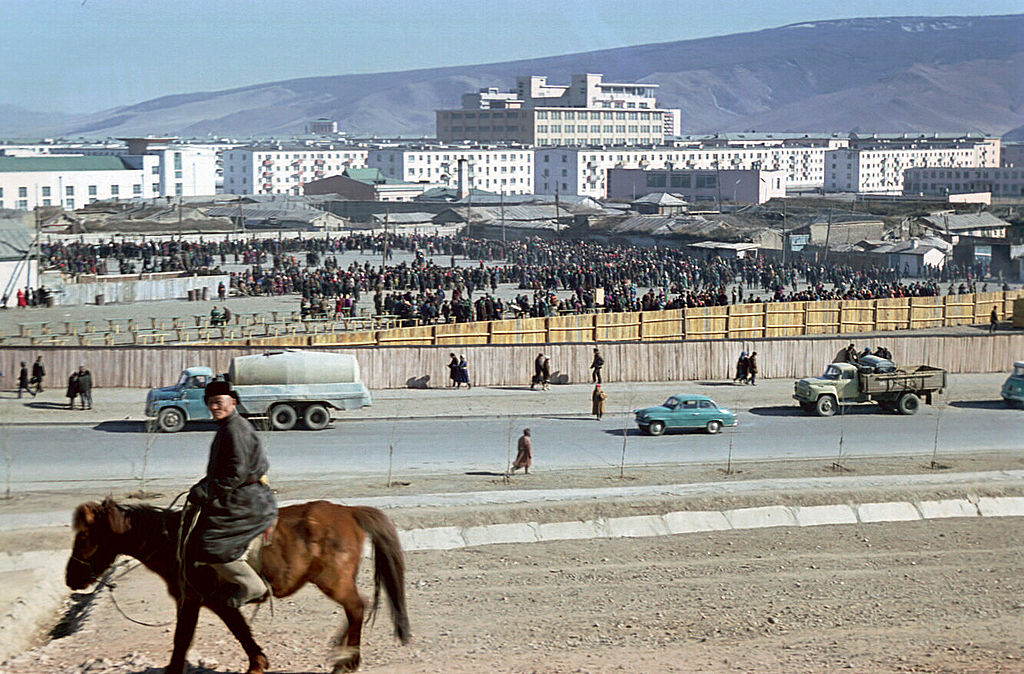 Ulaanbaatar – the capital of Mongolia. At the same time, it is also the largest city in the country, where about 40\% of the population lives. It is located at an altitude of 1,300 meters, surrounded by the Hýtítý and Ágód-Õól Mountains. The city is crossed by the Tóul River. Because of its harsh weather conditions (a severe short-to-normal climatic type with very cold, dry winters), Olén-Batór, with an average temperature of -0.4deg, is considered the coldest country on the planet.

The foundation of Olean-Batheater dates back to 1639, when the monastery of Ugra (the Palace) was founded. A little later, Ugra was the seat of the administrative headquarters of Foreign Mongolia and one of the ruling posts of the Manchurian rulers. Moreover, towards the end of the 18th century, the city moved from place to place, but as the population grew, it became difficult to move around, and in 1799, Ugra settled in its present location. Several times Ulyan-batator changed its name. In 1706-1911 it was called Ikh Hóðályý (The Great Monastery), from the time the city was established as the capital of Mongolia (1911) – Nyisleýl Hóðályý (The Capital Monastery). In 1924, the city changed its name to the last time – to Ólayn-Batór (The Red God).

Mongolias capital is home to the countrys main institutions of science, culture and art. These include the Buddhist and International Universities, the State Central Museum with its impressive palaeontological collection of dinosaurs, and the Cheyedin-Lama Temple Museum.

A lot of Buddhist temples and monasteries are monuments to the archaeological architecture of Ulan Baturatur. The central place is occupied by the Gandandyantyhyghenellin (1835), the statue of the «stwo hundred and thirty-six meters high; the Avalokykikeitheeshurya. The palace complex of the Winter Revolutionary Palace of Bogue Gyegon (1905), the first prince and ruler of Mongolia to proclaim the countrys independence, contains a museum dedicated to this iconic figure. There are three monuments to King King King in Olhão Batár, one of which was erected on the site of the Sukhui Batár mausoleum, demolished since 2004; at one time the main landmark of social Mongolia.

The vicinity of Olhão-Batuár has many sacred and cultural sites. In particular, these are the Hithiye and Boga Khan Uul Mountains. They are areas of nature preserves, but they are also tourist resorts. The peaks of Burkhan-Haldun and Otokhin-Tyngir to the south of Ólán Báthár – are sacred to the Mongols.