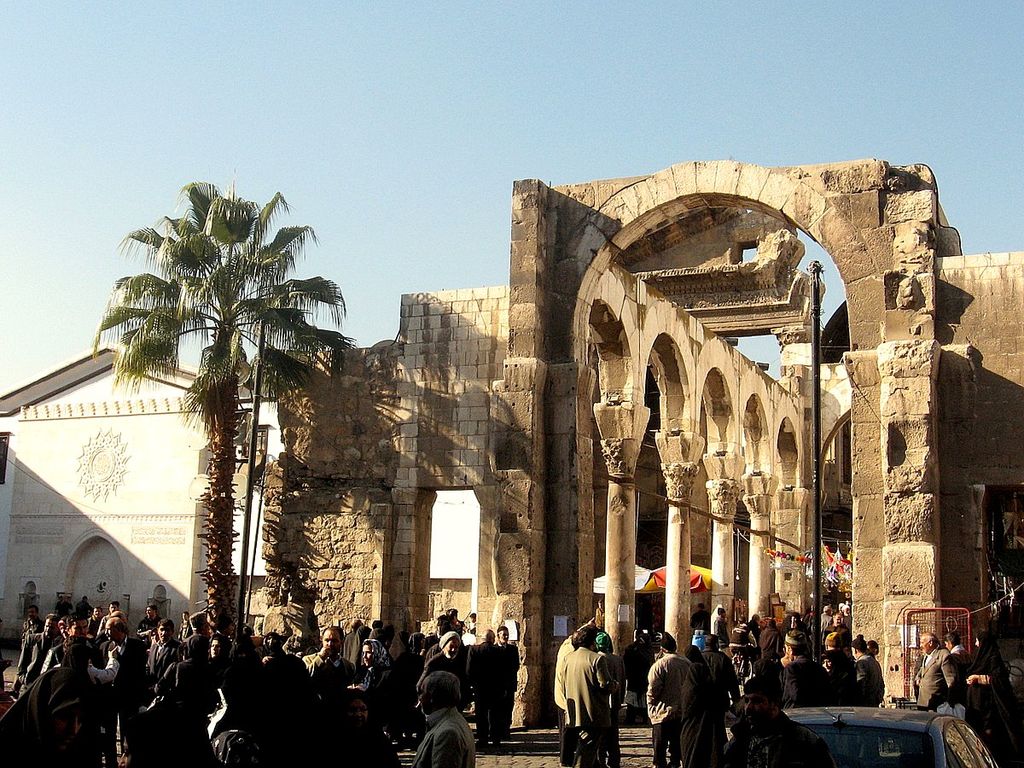 Damascus is the capital of the Syrian Arab Republic. It is the oldest city in the world. As early as 2050 A.D.. There are memories of Damascus.

Cause most of the citys population is – Sunnites, Damascus has more than two thousand churches. The Great Mosque of the Omyayads is the most famous of them all. The Mosque is the greatest shrine of the Muslim world. Located in the Old City, the chapel is one of the oldest in the world. It is separated from the noisy city by its thick walls. In the inner courtyard, a wood carriage is of an intrusive size. It is believed that this device was used as a taran and left by Tamerlane after the storming of the city. In the prayer hall there is a sepulchre with the head of St. John the Baptist (the Moslems call St. John the Baptist – Yahya). The pulpit is made of white marble and is decorated with a récolleté of glass. Representatives of any faith can visit the chapel. The entrance is open every day except on Friday. Guests feel no disrespect to themselves.

The most unique place in Damascus – the Old Town. In the wall of the Old City are seven Roman period city gates: