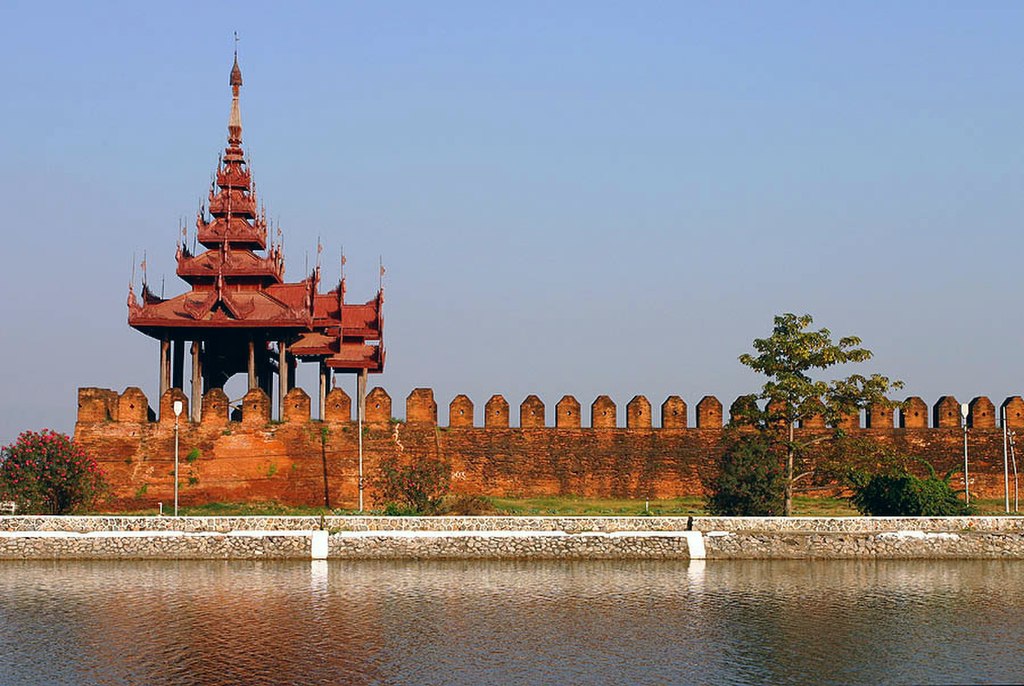 Mandalay – a city in the center of Myanmar (Birma) on the river Irrawaddy. It is the countrys second-largest city.

Founded in 1857 at the foot of the hill, Mandalay was originally intended to be the capital of the Kingdom of Birmingham. King Mynon began building the new capital for the 2,400th anniversary of the birth of Hautama Buddha. The king was guided by the prophecy of the Buddha, who pointed to this place where a huge Buddhist city should grow. At first it was called Yandanabon (The City of the Precious Stones), but later it was renamed Mandalay («a level, pleasant land)‖. During the years of the reign of Thibo, the son of Mignon, Mandalay experienced several events that were interpreted by forefathers and astrologers as bad omens. They advised him to move the capital, but he refused. But to appease the gods, he ordered the sacrifice of 600 people, including 100 foreigners. The English, who increased their presence in the country and in Mandalay, considered this a sufficient reason for occupation. In 1860-85, Mandalay was the capital of Burma, after which it was occupied by the British forces. In 1942-45 the Japanese occupied the town, and in 1948 Mandalay became the administrative center of a single independent district of Burma.

The cultural heritage of Mandalay is represented by a large number of cultural Buddhist temples and royal-era buildings. The core around which the city grew is the Royal Palace Complex. On the Mandalay Hill is the temple complex with the statue of the Buddha. There are open staircases leading down from it. The bottom of the hill is surrounded by monasteries. The temple complexes of Kootooto do Paia, Sadamani Paia and Mahamuni also stand out. For example, the wooden bridge Ó-Baïdí across the river Irrawaddy connects the city with Aaranapura, the ancient capital of Birma. Nearby is another ancient capital – Ava, lying in the Ruins. Mingun, which is to the north of Mandalay, is known for the fact that there is an unfinished, ruined Buddhist stupa. It was King Bais intention that the stupa should be bigger than any other similar structure of its size. Next to the stupa is a huge bell designed for the Tower of Babylon in Birmingham.