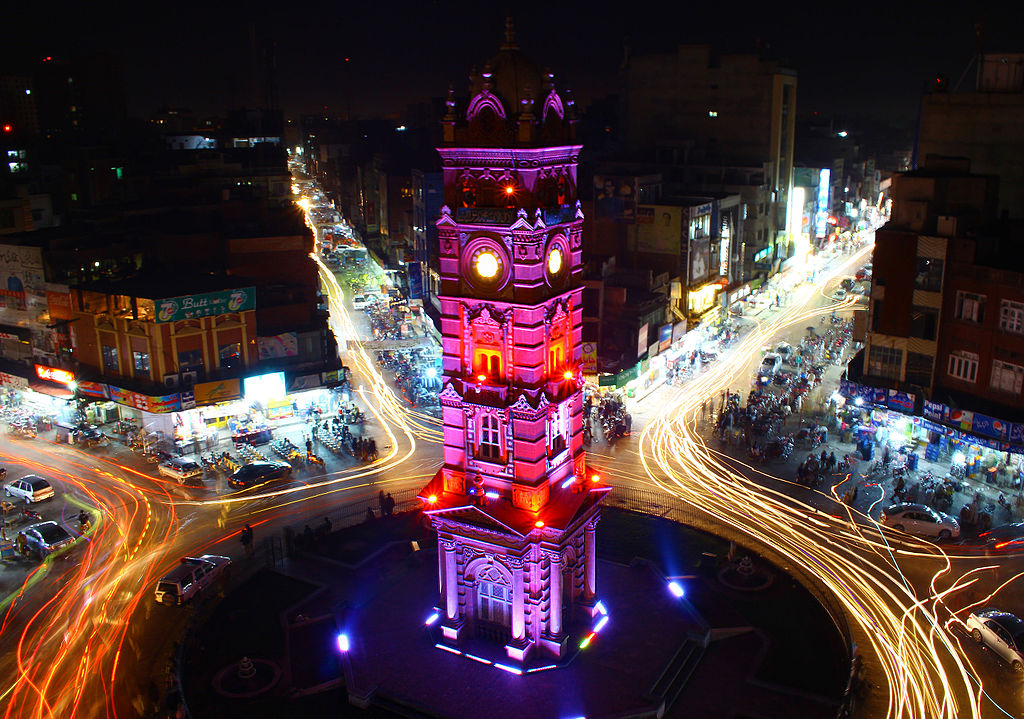 Faisalabad is the city and administrative center of the district of the same name in the Pakistani province of Punjab. It is the third largest city in Pakistan after Karachi and Lahore.

The city is located in the province of Punjab between the rivers Chinab (in the eastern part) and Ravi (in the west). During the rainy season, the Ravi often overflows its banks and floods the surrounding areas, damaging crops and nearby villages. The main source of irrigation water is the Chinab Canal. Distance to major cities: Karachi (1,135 km), Lahore (128 km), Islamabad (350 km). The city center is located at an altitude of 171 m above sea level.

After Pakistan gained its independence, a well-developed textile industry appeared in the city. Textiles are produced by industrial enterprises, as well as thousands of small family businesses and accounts for 68% of exports. The chemical, food, and pharmaceutical industries are also well developed.

Due to the good irrigation of the soil, the land of Faisalabad is very fertile. It is one of the most developed agricultural regions. Wheat and cotton are grown. Faisalabad is famous for its fruits: oranges, bananas, apples, mandarins, mangoes, guavas and sugar cane.

Near the city is one of the largest rice mills in Pakistan. The central jail of Faisalabad is located 10 km from the city.

Faisalabad is often called the “Manchester of Pakistan”. While Lahore is tourism-oriented, Faisalabad is primarily an industrial and agricultural center. The city has the Iqbal Cricket Stadium.