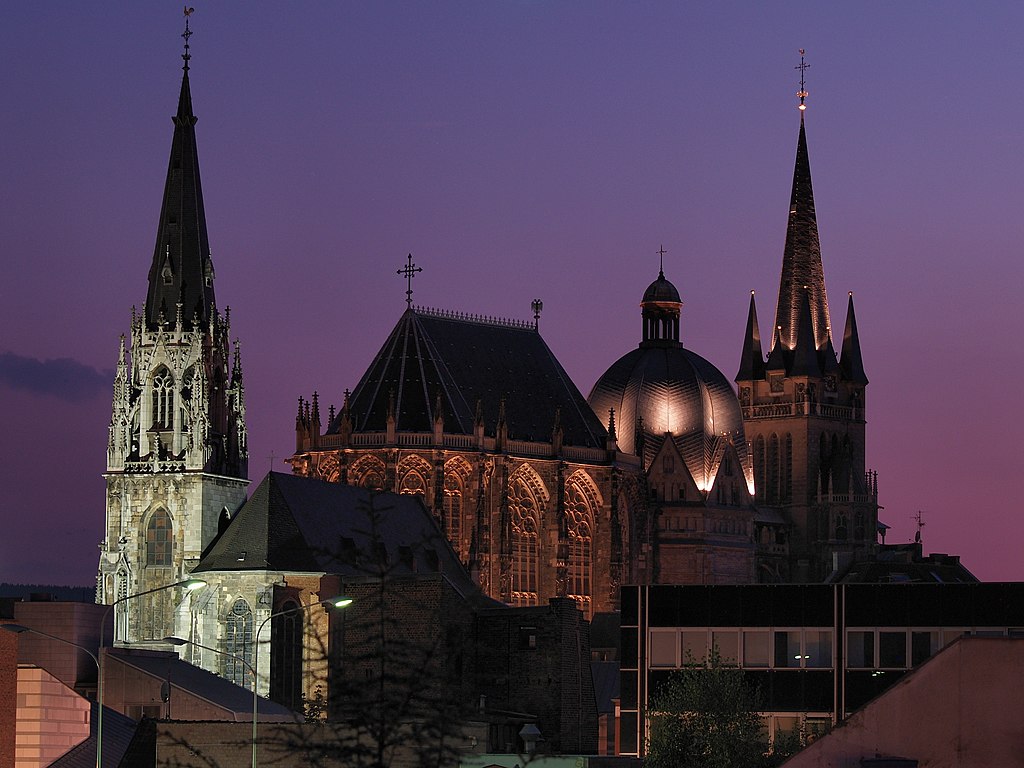 The German city of Aachen is one of the most interesting places in Germany. Its history is steeped in age-old legends and fables, most notably that of legendary emperor Charlemagne.

The city was inhabited during the Roman Empire. Thanks to the local hot springs, many of the wealthy citizens of Aquacenium sought out the city to visit the famous thermal baths. However, with the decline of Rome, the local population, primarily concerned with the maintenance of these thermae, left the future of Ahene under the threat of an invasion of the barbarians. Legend has it that Charles the Great, creator of one of the greatest empires of the Middle Ages, hunted in this region and accidentally stumbled upon ancient districts and springs. He recognized the beauty of the place and ordered the construction of a castle that became an imperial residence. Naturally, the village began to grow and develop. The Imperial Conference as well as the cathedral were built. Legend has it that the money to build it was given by one of the representatives of hell, who demanded a replacement soul. But they cheated the wicked one by letting him into the church. The disconcerted demons slammed the doors in anger and broke their fingers in one of the doorknobs. Tourists can try it in one of the lions that decorate the cathedral doors.

After the collapse of the empire of Charles the Great, the rulers of the Holy Roman Empire long reigned in Aachen and held sieges. However, after the relocation of the capital, the many rearrangements, and especially after the fire of 1656, the city began to lose ground. In spite of the fall, the local inhabitants did not sit idly by. Sewing machines are being set up. In addition, the city is also producing pancakes that are known all over Europe. Again, legend has it that their recipe was given to them by the spirit of King Charles the Great.

First and foremost, tourists will be interested in the medieval architecture of this city. The ancient history of the city, dating back to the time of Charlemagne, as well as the cathedrals and the many miscellaneous houses of the Middle Ages, create a special atmosphere in this ancient town.