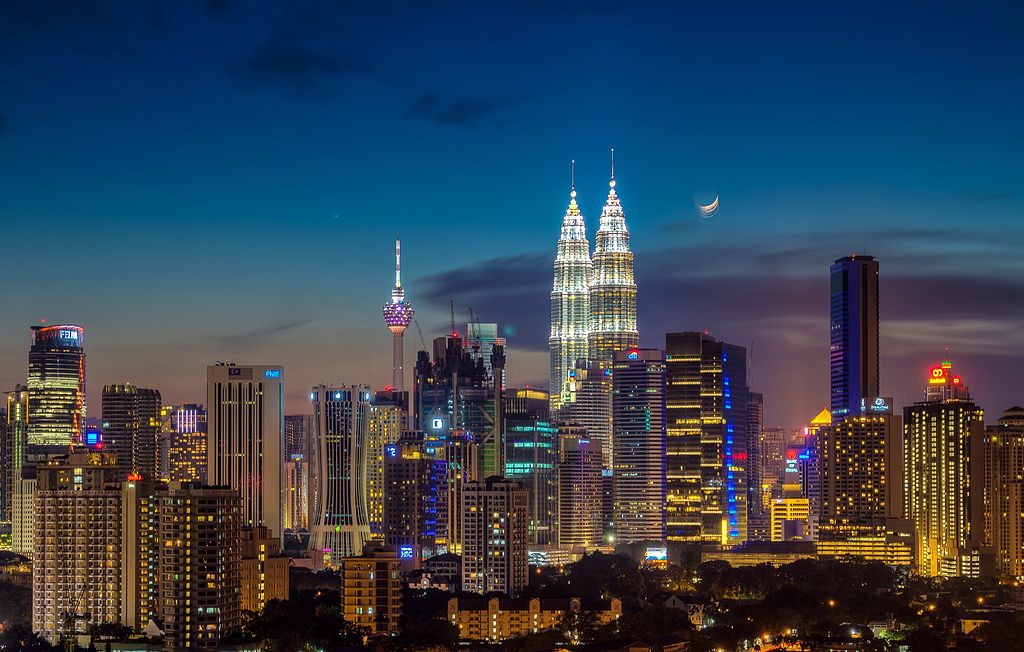 Cuala Lumiere – the capital, the largest city, economic and cultural center of Malaysia. The city is located in the south-eastern part of the Malacca peninsula at the confluence of the Gambaca and Clainga rivers, with the mountains rising to the east of Kuala Lumpur. It is an equatorial climatic type with a circular, yearly range of plantings and constant temperatures of 26-28°. In Malay, the name of the capital is translated as «muddy plain.

Cuala Lómpura does not have a long history. It was founded in 1857 during the period of British rule in Malaya Malaysia. As early as 1880, Kuala Lumiere became the capital of Celaylor, a former principality and then the state of Malaya Malaysia. The city remained in that status in 1978. By that time, Coahala-Lumiere had succeeded as the administrative center of the Malayan Union (1946-48) and the Federation of Malaya (1949-57). Since 1957, the city has been declared the capital of independent Malaysia. It is now a federal city.

Couala Luxembourg – a multicultural city. There are Malays, Chinese, South Asians, Telugu, and an insignificant European community. Its ethnic and religious diversity has had an impact on the citys character, which has absorbed the cultures of its peoples. The architecture of the capitals architecture is characterized by a variety of styles.

The Sultan Abadul-Samad House (1897), used by the Supreme Court of Malaysia, The Railway Station and the Railway Administration Building in Malaysia are non-Malaysian in style and are a striking example of Moholian architectural architecture. The European style of architecture is represented by St. Marys Cathedral, St. Georges Church, the Chapel of St. George, the Chapel Tower, several administrative buildings, and a Christian church. The Islamic influence is also present in the Yassan El-Boukhariri Church and the National Church. The traditional Malay style (National Museum, Palace of Culture, and National Library) and the Indian motifs are prominent. Kuala Lómórs symbol, on the other hand, is the 460-meter, 88-story towers of the Petronas (1998). Another megadome of Côte dAzur – the Mennerra Tower (1996), 421 meters high.

The charm of Côte dAzur brings with it the many lush, wildly landscaped parks with lakes. In the surrounding countryside, the iconic temple complex at the Batuta caves is considered significant.