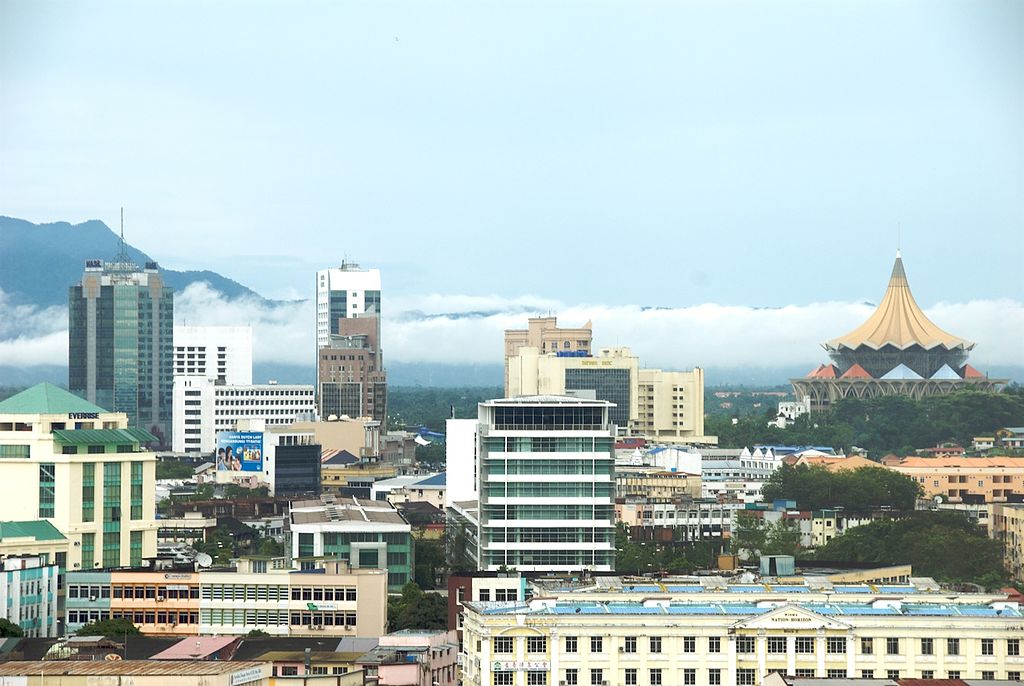 On the island of Kalimantan in eastern Malaysia is the city of Kuching, the capital center of the state of Sarawak. Its territory covers both riverbanks, between which there are two bridges. For two hundred years the town was ruled by Brunei, then turned over to Brittanys James Brooke. It was he who turned a small town into a prosperous capital. But in the aftermath of the war between Nigeria and England, Kuching became a state in Malaysia. Like many other cities in Malaysia, the city has unique historical monuments. The fort of Marguerite was built in former times to protect it against pirates. A popular cultural institution is the Saravaca Museum in the halls of the Palace of White Rajah, dating back to the 19th century. It is considered one of the best in Asia. Beside the citys parks are the national parks of Bako, Tangyung Datu, and Gunung Buding. At the open-air museum “Ethnographic Village” located in the village, there are often musical events.