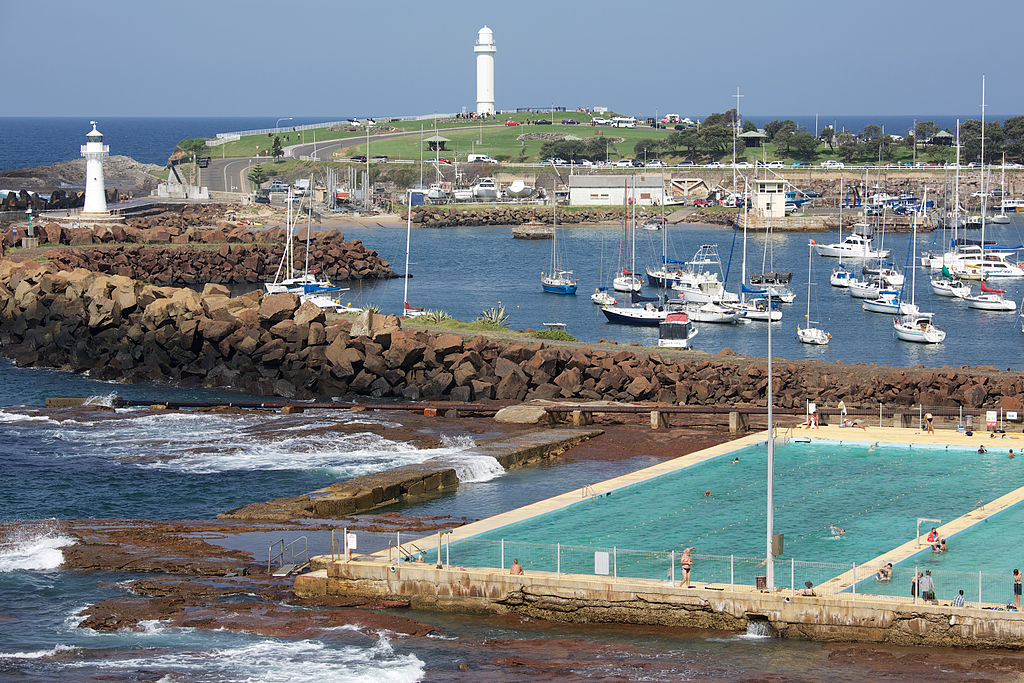 Volongong Yong – a name taken from the language of the local tribes. The Aborigines inhabited this area long before the arrival of the Europeans. The first interactions with the indigenous people were in the late 18th century. And in the beginning of the 19th century there were colonists settlements. Later, with the opening of the coal mines, Wollongong developed as a mining town.

Modern Wollongong – an industrial center where machinery, black metal, chemical and light industries lead the way. The city of Port-Camble stands out, being one of the largest port and industrial areas in Australia. Despite its industrial status, Wollongong can boast several interesting sites. They are the Fortress of Smitheriel and Flagstaff in the hills, St. Michaels Church, the Monastery of Pho Gungang Jean Jean Tien, and others.