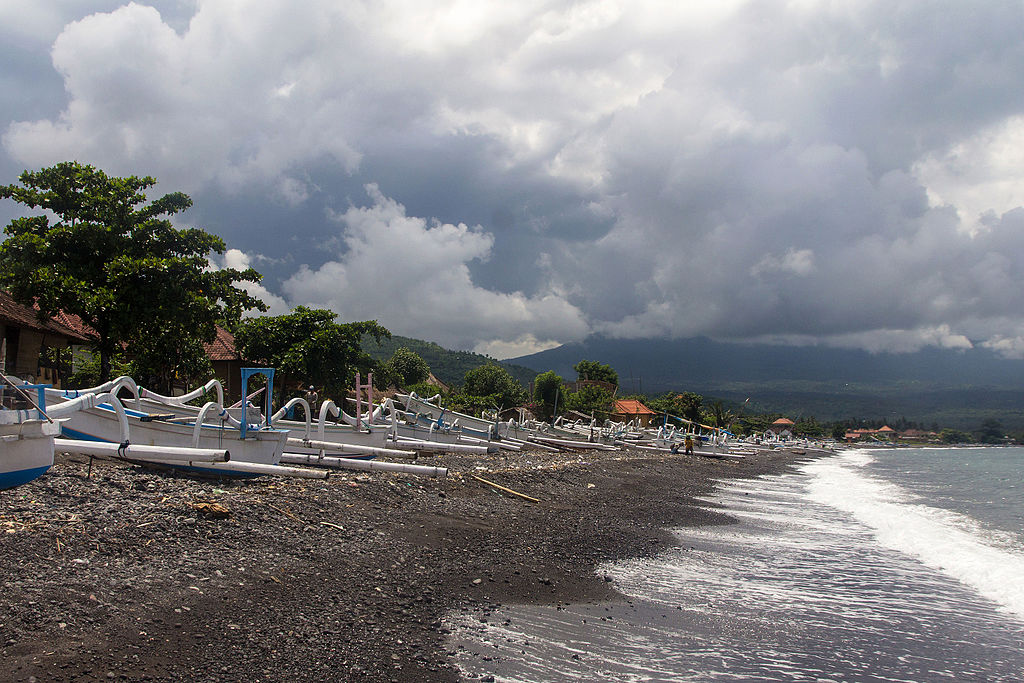 Among all the resorts on the east coast of Bali, Amed is one of the most popular. However, it began to develop relatively recently. One of its main areas is diving.

The town of Amed (Amed) is located approximately 85 km from Denpasar. This is a relatively unpopulated place, which will appeal to lovers of quiet and relaxing holidays. Most often come here for a few days to get away from the noisy and crowded south. One of the advantages of the area – calm and clear sea, it is ideal for swimming and snorkeling.

Amed is the youngest resort on the island, it began to develop just over a decade ago. An asphalt road was paved here only in 2000. The telephone line began to be stretched in 2003, but it was not completed until 2007. The thing is that at first the cables were constantly washed away during the rainy season.

Until the beginning of the XXI century Amed remained the most backward Balinese region. It was included in a special program to solve the problem of poverty. The main focus was on the development of tourism. Thanks to this, the welfare of the population began to grow, the infrastructure and communications with other parts of the island improved. Accordingly, the level of education, medical services and employment started to increase. Currently, many residents are working in the field of tourism.

The resort consists of nine villages. If you move from the south-eastern coast, the first village is Aas, then Banyuning (Banyuning), Selang (Selang), Lean (Lean), Lipah (Lipah), Pupuan (Pupuan), Bunutan (Bunutan) and Jemeluk (Jemeluk). Amed itself is located in the northwest. It was in this village first began to develop tourism, so the resort and called her name.

Now in Amed there are many hotels, restaurants, dive centers with a full range of services. Take your diving equipment or hire an instructor on the spot. The farther to the east, the worse the infrastructure is developed. For example, in the village of Aas, you can find only a few bungalows and cottages. The most developed only the coastline: along the beach built a lot of cafes and varungi, where you can eat. In the villages themselves you can also find good restaurants of different price categories.

The beaches at the resort are black or gray. Their length reaches 10 km. Almost all beaches are parked boats – because fishing is still one of the main sources of income of local residents. In many places, including the village of Amed, on the shore and at the entrance to the water, there are many stones and large pebbles. There are sandy beaches in Bunutan, Jemeluk Bay and Lipaha. Therefore, these places are the most popular among tourists. Moreover, the most famous diving sites are located here.

The bays of the resort are considered one of the most beautiful on the entire island. On a good weather from the beaches of Amed can be seen neighboring Lombok. Also from here you can see the sacred mountain Agung, although it takes about an hour to get there by car.