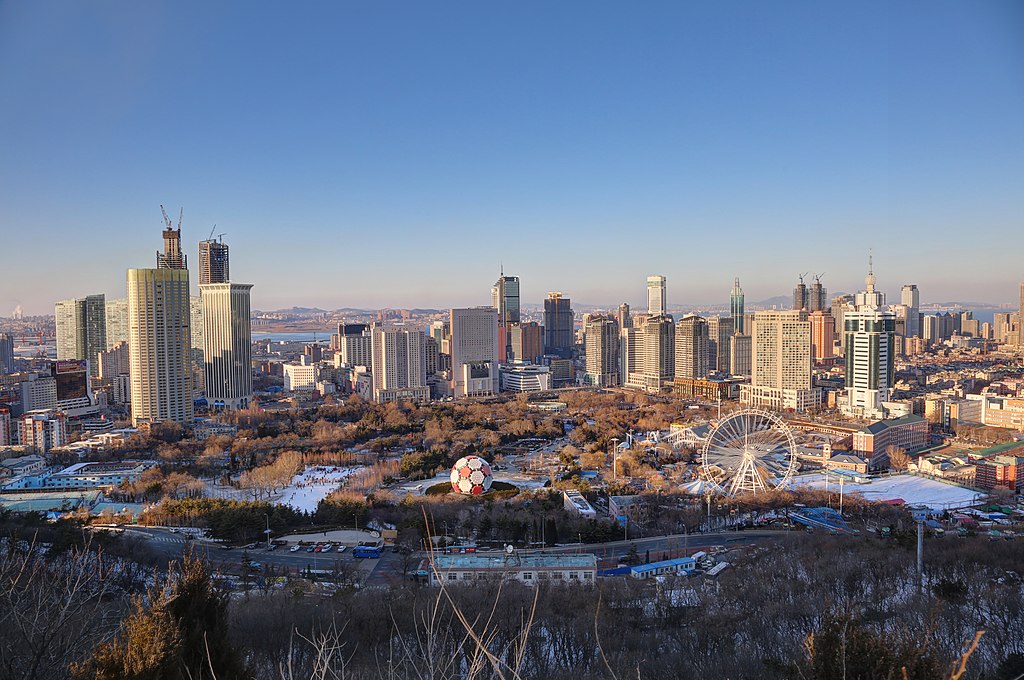 The port city of Dalian is located in the northeastern part of China, in the Yellow Sea Gulf of Dalian. It is the second largest city in China.

On the site of the Chinese fishing village of Cinyin, the Russians founded the city of Dalnyi in 1898, leasing the territory of China. It was built according to an architectural plan for seven years. The population grew rapidly due to the development of the seaport. It received ocean-going ships and was quickly ranked second only to Shanghai for cargo traffic along the entire coast from the South China Sea to the Sea of Okhotsk.

In 1904, Dalyan went under Japanese rule, during the Russian-Japanese War (1904-05). But construction and development continued according to the plans of the Russian architects.

Dalain was liberated by the Soviets in August 1945 and became a free port, but was leased to the USSR. In 1950, the USSR government gave the area to China.

Dalena is of great importance to the countrys economy: Because of its geographic location, it is the gateway to trade for the eastern provinces. The citys port has a cargo throughput of more than 40 million tons a year, developing ship and vessel construction. The city has six oil refineries, machinery, machine building, chemical, electrical, textile, and construction industries.

In 2003, the government of China enacted a program to develop Dalian as an international transport center for Northeast China. It is 900 kilometers of sandy and shingle beaches.

A striking feature is Xinghai Park, with fountains, atractions and the largest marine aquarium with an underwater tunnel. The city is home to the Natural Park, the Dahlia Museum of Nature, the Church of the Sacred Heart of Jesus, and Russian Street, where the architects and businessmen who founded Dahlia lived. It is also known as the Cheyunchen Square, founded by the Russians as Nicholas Square and surrounded by cityscape buildings.

In 2006, the CNR Tourism Bureau declared Dalian the best city for tourism in the CNR.