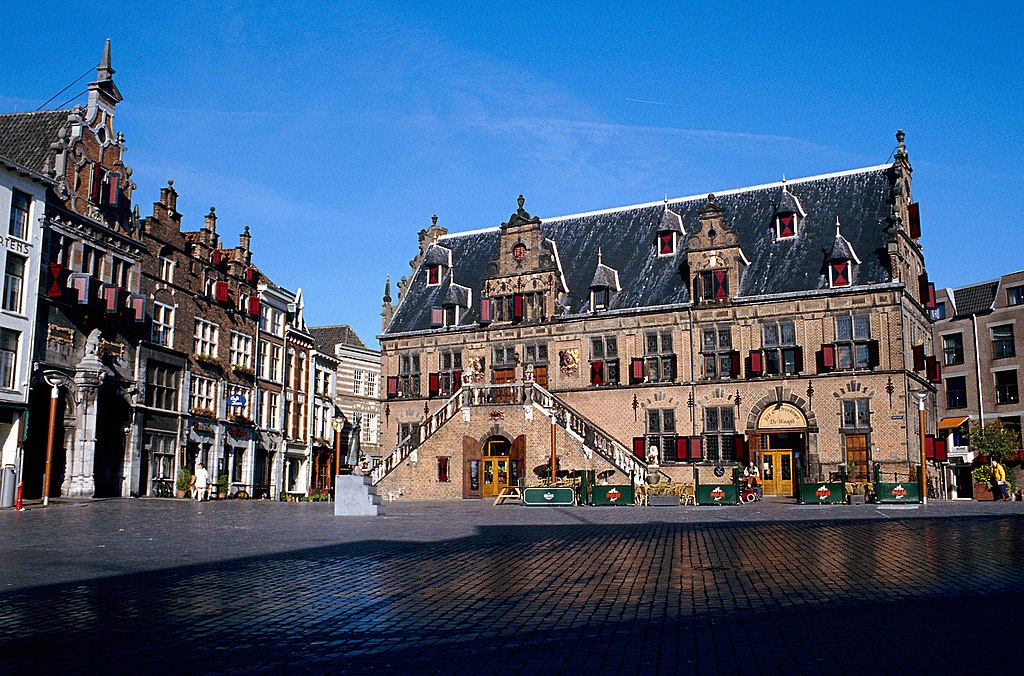 Niemegen – a city in the province of Gälderland. It is located on the river Vaal and is a river port. It is connected to the River Maas by a canal.

Niemegen is considered the oldest city of Netherland, sharing its name with Maastricht. ×Human settlements and remnants of ancient settlements date back to the last centuries of our era. Romes «city of Batavos» was founded in the 1st century. There is no exact date, but in 2005 the people of Nemegen celebrated the founding of the city in 1,000 years.

The name Nemegen dates back to the Roman period. The settlement was called Novoimagus Batavarum, or New Batavar Market. The name Novoimagus was subsequently transformed into its present name. Russian tradition for a long time accepted the name Nemegin.

Nemegin had its greatest significance during the Carolingian period (8th-10th centuries), when it was one of the imperial régions. In the late Middle Ages the city continued to grow through trade and local government (local government from 1230). Even as a member of the state, Niemeyerne became a member of the Hanseatic League. The city supported the Netherlandian Revolution in the 17th century, and at the end of the Dutch Revolution (1672-79) several important peace treaties were signed here. On the border with Germany, Nijmegen was the first city of the country to be occupied by the Fascist forces (1940). In 1944, the city was mostly destroyed during the liberation battles.

In spite of the great devastation caused by World War II, Nijmegen has been able to partially restore the architectural structure of the historic center, though some structures have disappeared. The central place is occupied by the parks and squares of the old city, where Nijmegens main attractions are concentrated. For example, the remains of the 8th-century baptistery and the 12th-century Chapel of St. Nicholas, which was part of the Imperial Castle complex, are in the Falkhof Park. There is also the Museum of Archaeology (1999). There is the Böllwäder Tower (16th century) in the Hühnerpark and the Powder Tower (1426) – in the Kronenburgerpark. The Board of Weights (1613) – an example of the Dutch Landscape – the most prominent building of the Market Square. Other interesting features of Nijmegen – St. Stephens Church, the 16th-century structure, and the «52 Gradus » skyscraper.