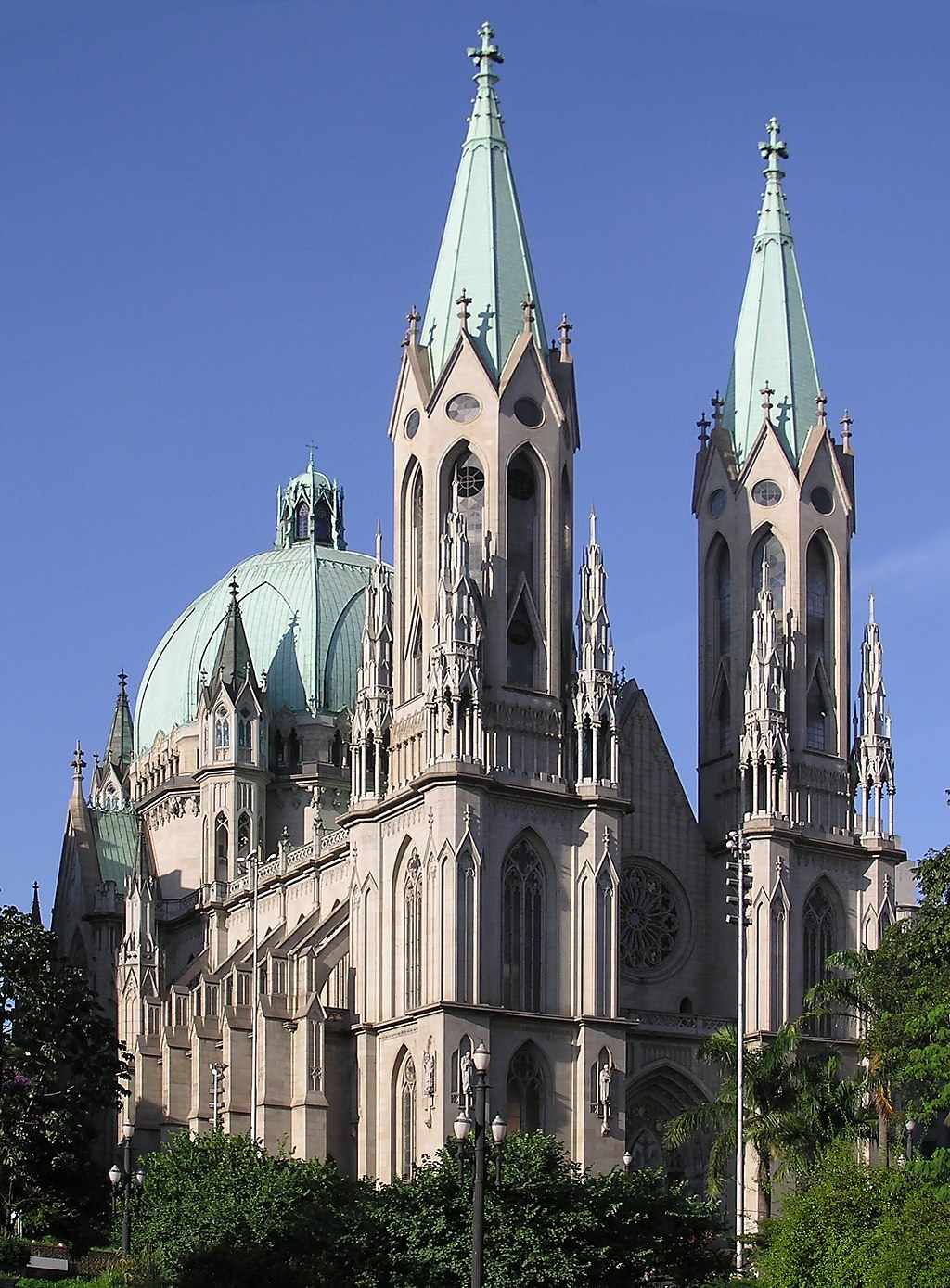 San Paulo is a city in Brazil, the capital of a single state. It is the largest industrial center in the country. For more than 450 years Jesuit priests founded the city with the intention of bringing the local people into the Christian faith. Agriculture was the main occupation of the townspeople, and the main culture was coffee cultivation. For many decades, the &labor barrens have been growing large plants and investing capital in the development of culture and various industries.

The modern city of San Paulo – it is the most rich and important city in Brazil. It is not a week without conferences, international meetings, major expositions on various sectors of the countrys economy &nash telecommunications, automobiles, finance, fashion industry, etc. To this end, São – Paulo has all the facilities – many modern conference halls & centers; a large selection of hotels of every category; a wide network of restaurants & cafés representing the cuisines of many nations.

San Paulo – a city where modern architecture coexists with ancient buildings, and this kind of coexistence does not seem alien. The main thoroughfare of the city – Paulista Avenue is mostly modern office buildings. The tallest Brazilian skyscraper – Miranti du Valle, 170 meters high. The Pauliste Avenue plays an important role in San Paulo and is as much a highlight of the city as, for example, the Champs Élysées in Paris.

The University of San Paulo is located at the University of San Paulo: The Museum of History, the Paulist Museum, which has a large collection of historical documents, works of art, and objects belonging to famous people of Brazilian history; Museum of Archaeology and Ethnology; Museum of Geology. The Museum of Art has one of the finest collections of Western art in Latin America. There are works by artists such as Dega, Bannard, Renoir, Maigliani, and others.

Every two years, since 1951, the Banjenal de la Art has been held in San Paulo, with the aim of – to introduce the worlds art to brothers and guests of the country. In parallel with the Art Festival, the International Architecture and Design Festival has been held since 1973. The complex includes – the Szigiello Matataraolo Pavilion, which hosts the Art Biennial and Fashion Week; and the Lucas Noguiéra Garcés Pavilion, which houses the Museum of Aeronautics and the Folklore Museum; The Japanese Pavilion; the Gymnasium; the Pantheon and the Modern School of Astrophysics; the Vila de los Bacalau – an interesting building in the form of a sphere; the Mônum de Bandeiraz, the San Paulo Observatory, etc.

Football fans are encouraged to visit the Poquacamba Stadium, where the king of football, Brazilian forward Paulé, has often played. Fans of motorsports will be interested in the southern suburb of San Paulo, where the Grand Prix of Brazil Formula One is held.

There are thousands of restaurants, bars, nightclubs, discotheques, and late-night entertainment venues. Tourists can find almost every cuisine in the world – Chinese, Japanese, Italian, etc.