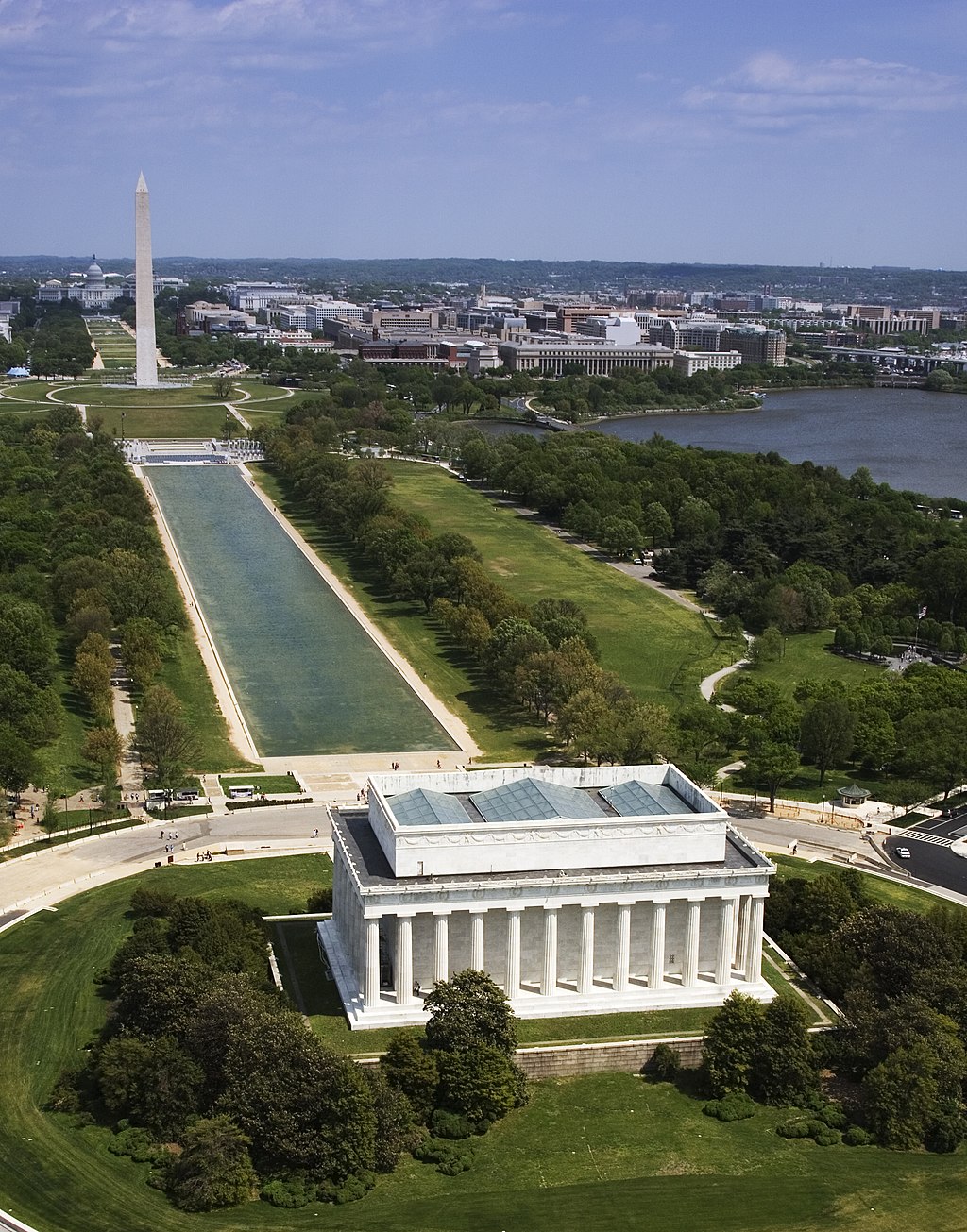 Washington – the capital of the United States, with a population of just over a million people. Its not a big city by American standards. It was founded in 1791 and named in honor of the first president of the United States – George Washington. It contains all government agencies, as well as the headquarters of organizations such as: The International Monetary Fund, the World Bank, the Inter-American Development Bank, the Organization of American States and the Pan American Health Organization.

Washington – the only city in the U.S. that has banned skyscrapers, and all buildings in the city are no higher than 12 stories, because it is legal to have the tallest building in the capital, the Capitol.

Ã>The main attraction of the capital is the White House. The American Presidents Residence was built in 1980 and is now closed to visitors from security concerns. Not far from the White House is an equally important building – the Capitol. The exterior of the building is in a classy, greek style, enhanced by a large central cupola. In the north wing is the United States Senate, and in the south wing is the United States Representatives Chamber.

What is striking is the nearby Washington Monument. And those who are interested in American history will love visiting the many memorials to the capitals many sites: Lincoln, Jefferson, South Wales, World War I and World War II, Vietnam, the Korean War and the Marine Corps. And many prominent U.S. political figures are buried at the Arlington Cemetery: the first president, George Washington, John and Robert Kennedy, and many other U.S. political figures and heroes.

A particular interest is in the building that houses the administrative and information center of one of the worlds largest and leading academic institutions, the Smithsonian Institution – the Smithsonian Castle. Constructed in 1855 of red masonry in Romanesque style, the castle is unusual in its surroundings of modern structures on the National Mall. In addition, the complex includes the National Museum of Natural History, the National Air and Space Museum, the Hishohorn Museum, and the Garden of Cultures.

Separately, the National Gallery of Art and the National Museum of the American Indian are worth mentioning in Washington.

The National Gallery of Art – this is an art museum that contains one of the richest collections of art in the world, with over two hundred and eighty paintings. In addition to paintings by well-known American, French, and Italian masters, the exhibit includes a wide range of sculptures, drawings, photographs, drawings, and objects of decorative and pictorial art. An interesting fact is that the basis of the collection was purchased from the USSRs sale of the Hermitage masterpieces, as well as items from the private collections of Samuel Henry Crèsse and Les Visiting Gédès. Rosenveld, and more than two thousand possible paintings, sculptures, and objects of decorative art collected by Joseph Widener. The gems of the collection are works by such masters as Wermer, Rébrandt, Manet, Van Gogh, Leonardo da Vinci, Picasso, Mathias, Pollock, Edie Worokhal, Lichtenstein and Claudelaire.

The National Museum of the American People is a contemporary museum opened in 2004. Its exhibition focuses on the history, languages, life, literature and art of the indigenous people of America. The five-story, crinelike, gold-colored museum building has practically no right angles. It contains the largest collection of objects about indigenous people: headdresses, objects made of stone and wood, weapons, and more.

The Gold Wall is particularly striking, featuring more than four hundred pieces of jewelry and objects in gold. In addition, the museum offers traditional Indian dishes in its restaurant and a handmade souvenir shop.